Earlier this week, a father in the city of Mathura was caught strapping his 8-year old daughter to a motorcycle after she refused to attend school to take her assessment.

Tied with a multi-strand rope to the back of a bike, onlookers captured images of the trussed girl, her bare feet hanging low, scraping the asphalt.

According to local police officials, the girl’s parents offered her several incentives, such as chocolates and toys to entice her, however when the girl was still reluctant, her father decided to take matters in his own hands.

After photos started making the rounds on social media, police officials took the man into custody and charged him with “breach of the peace.” He is now out on bail.

“Even after he got out, the father showed no remorse. He has five children to feed and he believes the only way they can get out of this poverty trap is through education,” a senior police official handling the case told CNN. 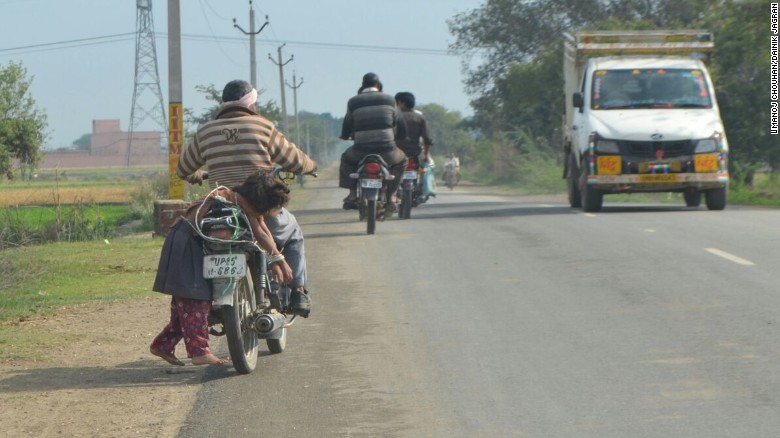 Mr. Reilly is a professor of political science at Kentucky State University, and his interest in hate crimes dates to his graduate-school days, when he became aware of several widely reported incidents in the vicinity of his hometown that turned out to be fake. In 2012 a popular gay bar in suburban Chicago was destroyed by fire, and the owner cited homophobia as the reason. The same year, black...

From American Economic Journal: Applied Economics: Does Teacher Training Actually Work? Evidence from a Large-Scale Randomized Evaluation of a National Teacher Training Program Despite massive investments in teacher professional development (PD) programs in developing countries, there is little evidence on their effectiveness. We present results of a large-scale, randomized evaluation of a...

No word on whether wrenches are also tools of oppression. When the Canadian Society for the Study of Education meets in Vancouver at the Congress of the Humanities and Social Sciences, a trio of education theorists will argue that dodgeball is not only problematic, in the modern sense of displaying hierarchies of privilege based on athletic skill, but that it is outright “miseducative.” Dodgeball...

Community college completion rates are extremely low, especially among low-income students. One potential explanation is that low-income students have limited capacity to overcome financial shocks, such as large medical, legal, or car repair bills. Some programs offer “emergency financial assistance” (EFA) to prevent these events from curtailing educational progress. We test the...